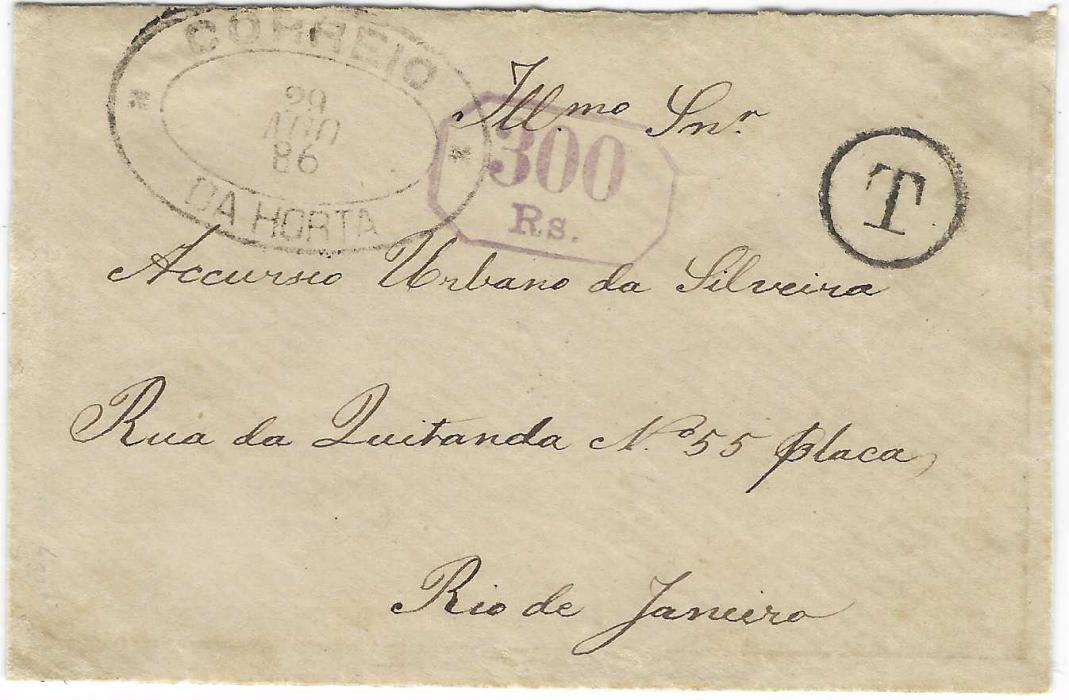 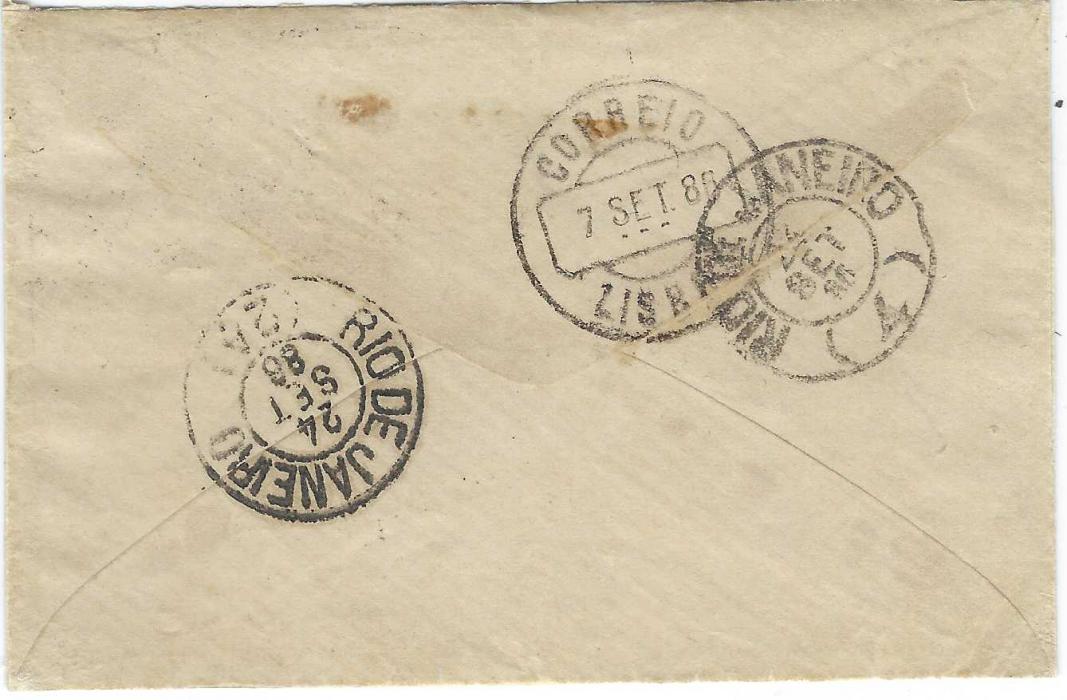 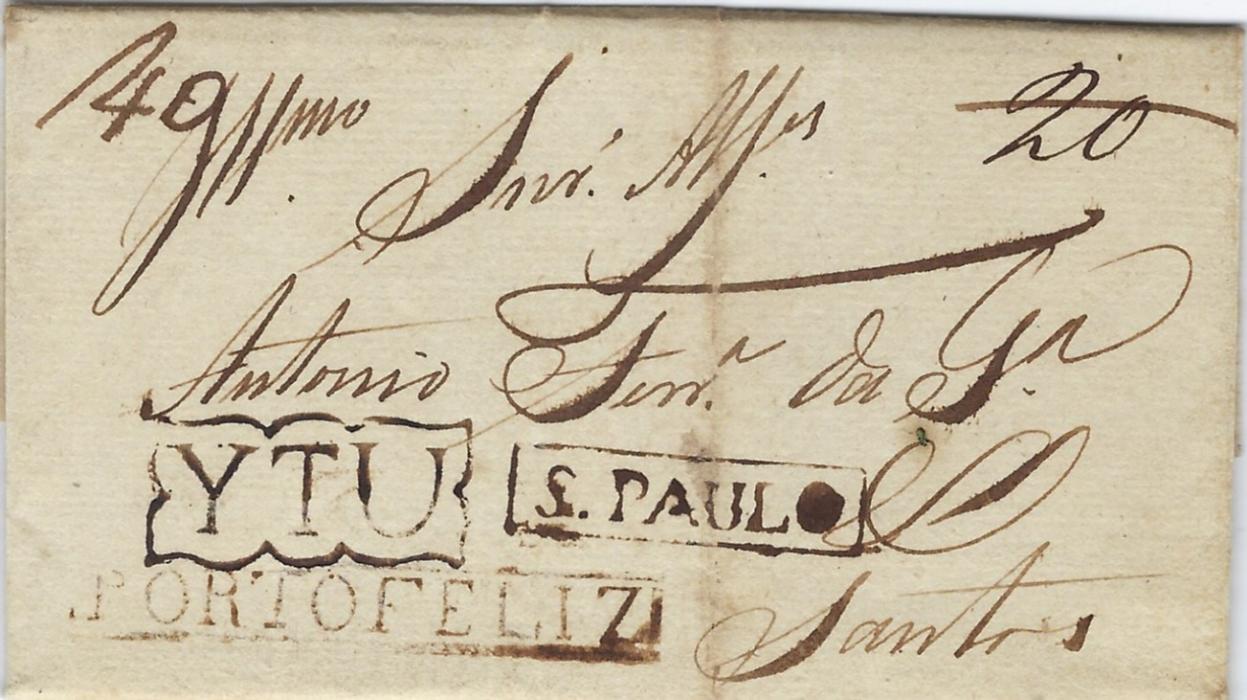 1827 entire to Santos from the provinces of Sao Paulo, rated “20” which has been erased and altered to “40” at left side, bearing framed PORTO FELIZ handstamp in black, ornate framed Ytu and rectangular framed S.Paulo transits. Light vertical filing crease otherwise good fresh condition. 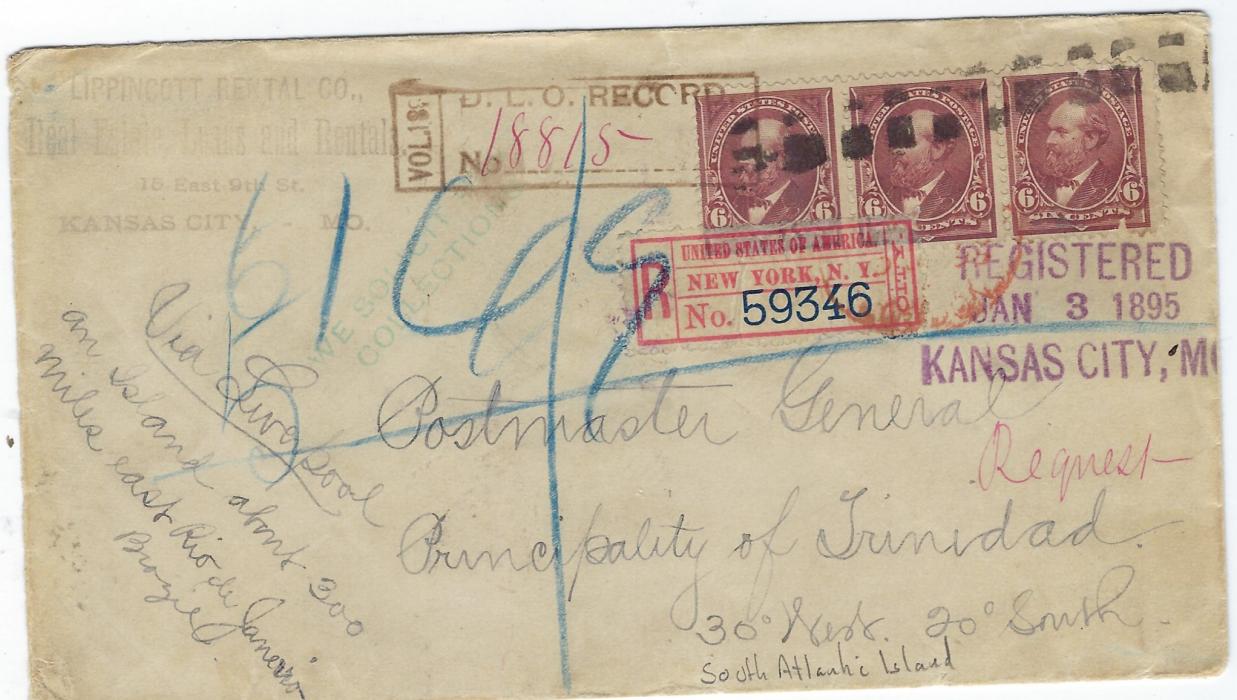 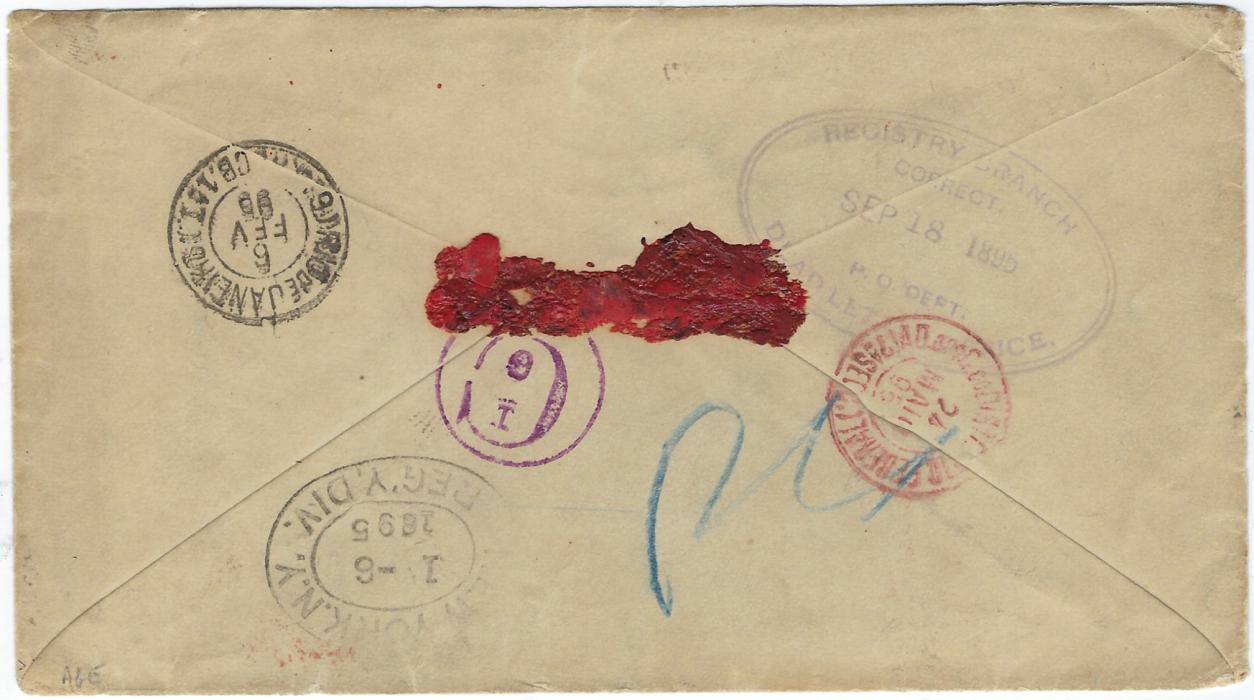 1895 registered cover from Kansas City addressed to “Postmaster General, Principality of Trinidad”, the sender additionally giving geographical location, also endorsed “Via Liverpool” and “an Island about 300 miles east Rio de Janeiro”. Not delivered but travelled as far as Rio. This uninhabited and at that moment unwanted South Atlantic Island was claimed by an American who declared himself King, etc. The British then try to claim the Island but eventually given to Brazil with Portuguese support.