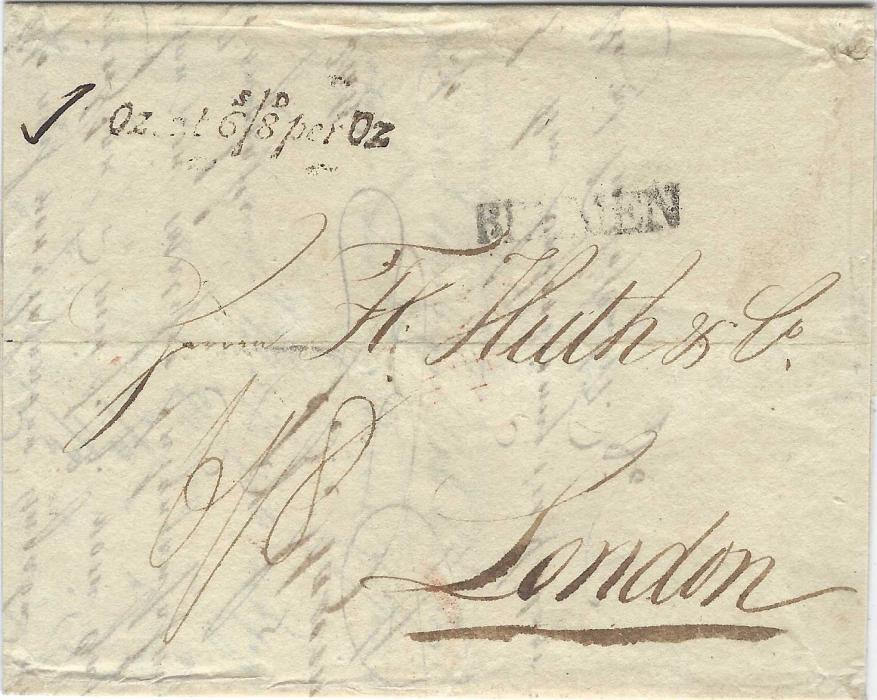 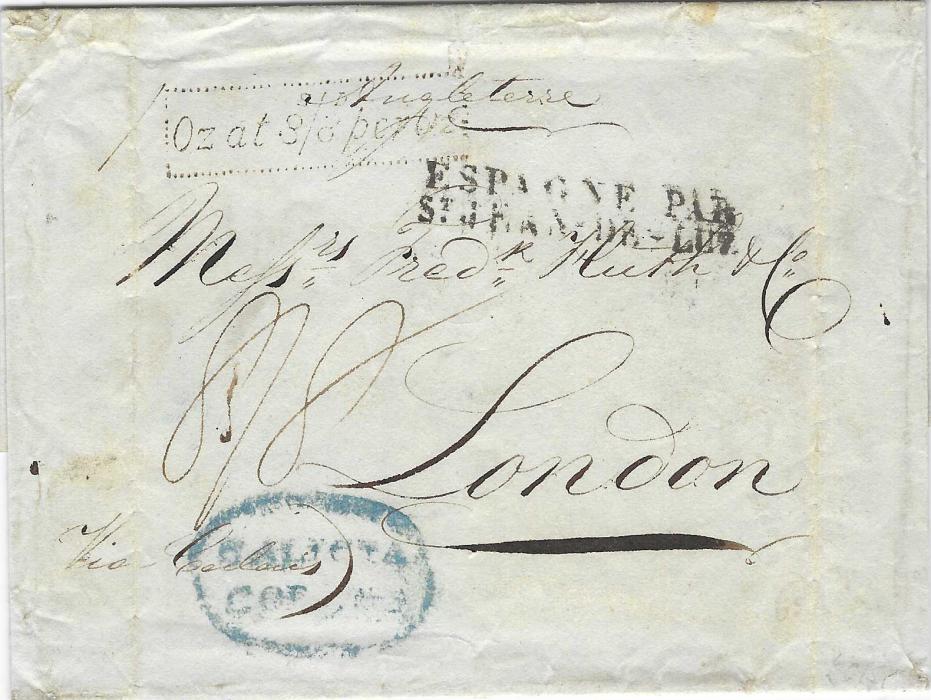 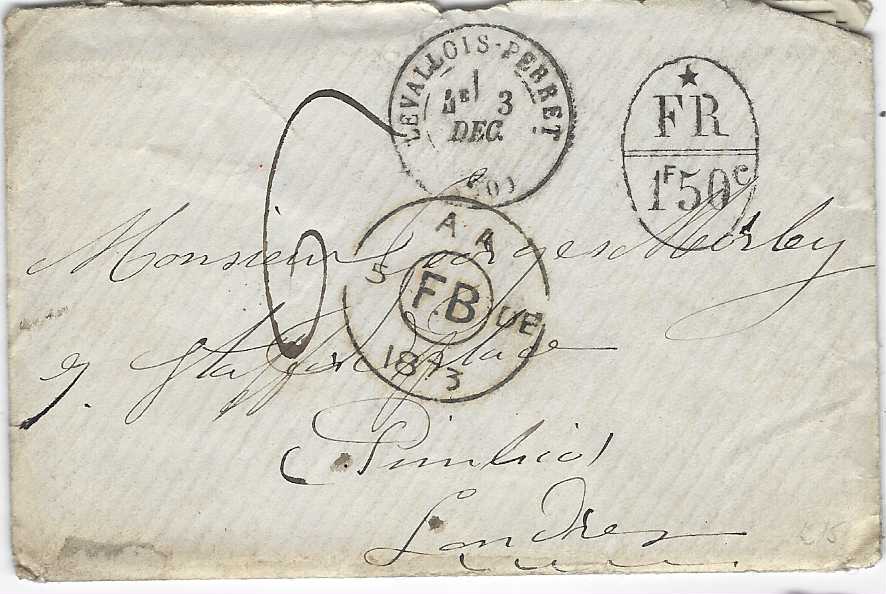 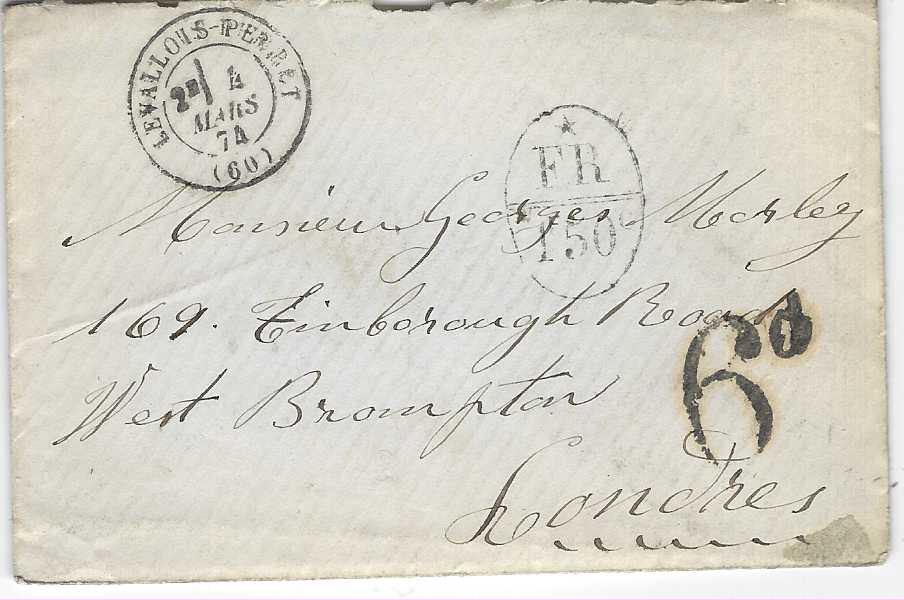 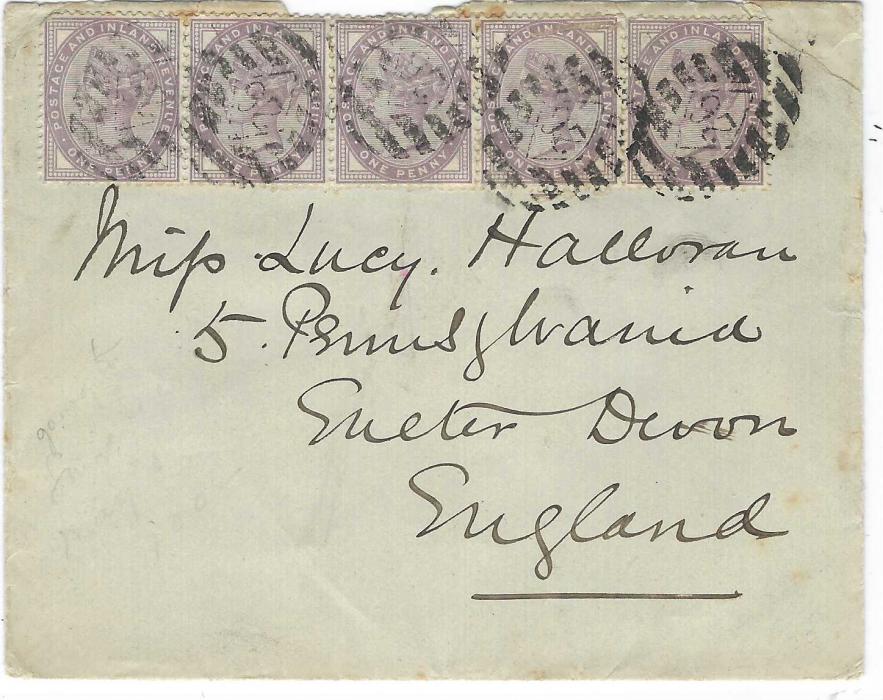 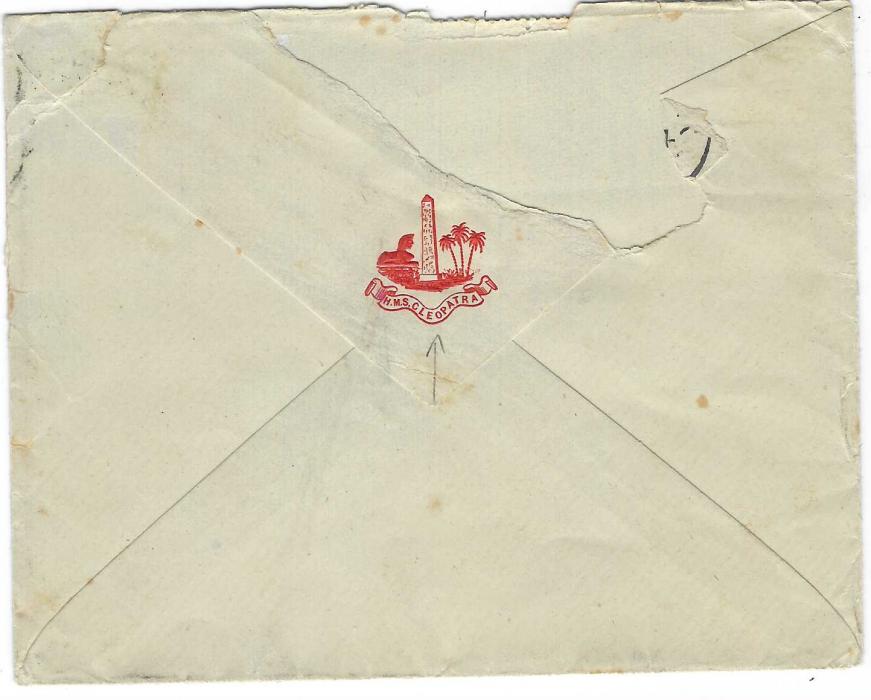 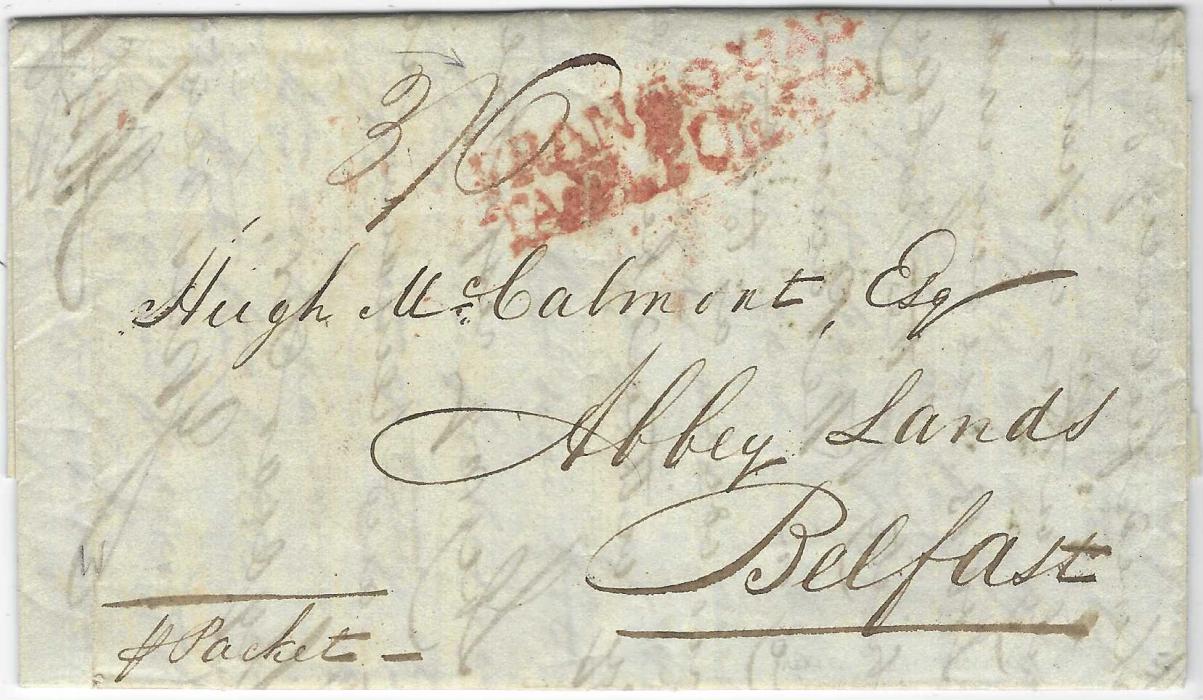 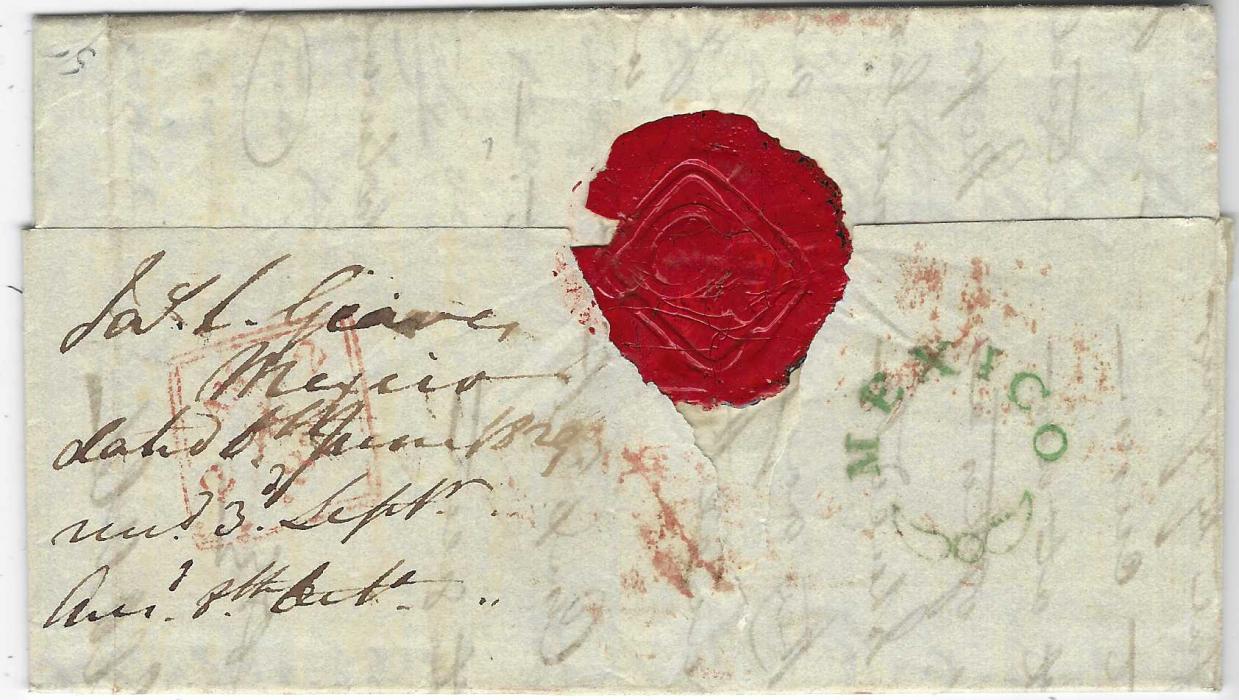 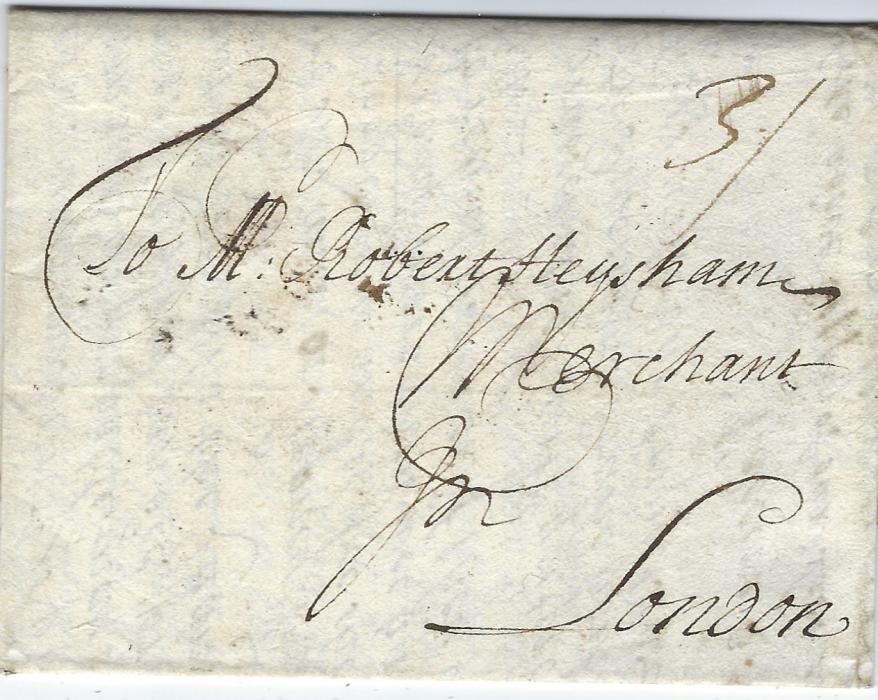 (Madeira) 1702 (Nov 3) entire to London posted during The War of the Grand Alliance, manuscript “3/” rate with on reverse manuscript “Forwarded By 13 Dec 1702/ Saml & Jos Clarke” with London Bishop mark DE/16. An interesting letter surrounding the uncertainty caused by War. 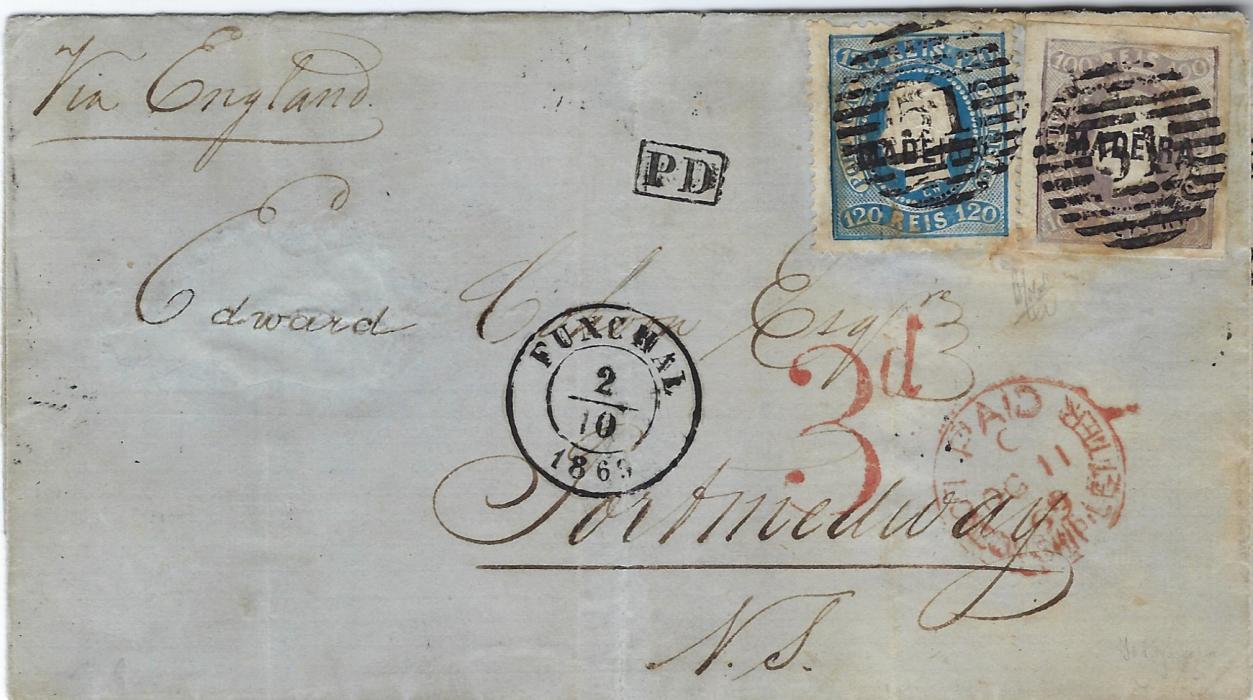 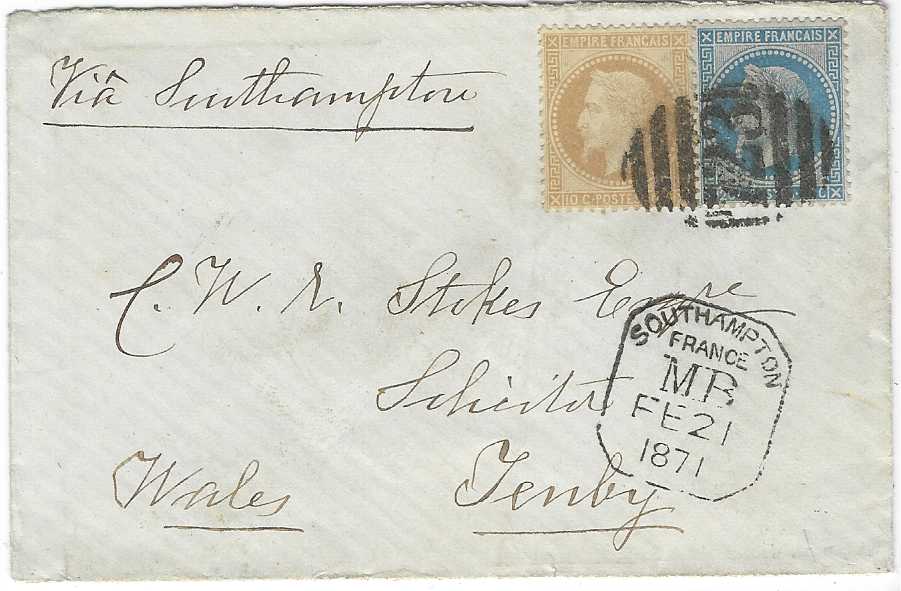 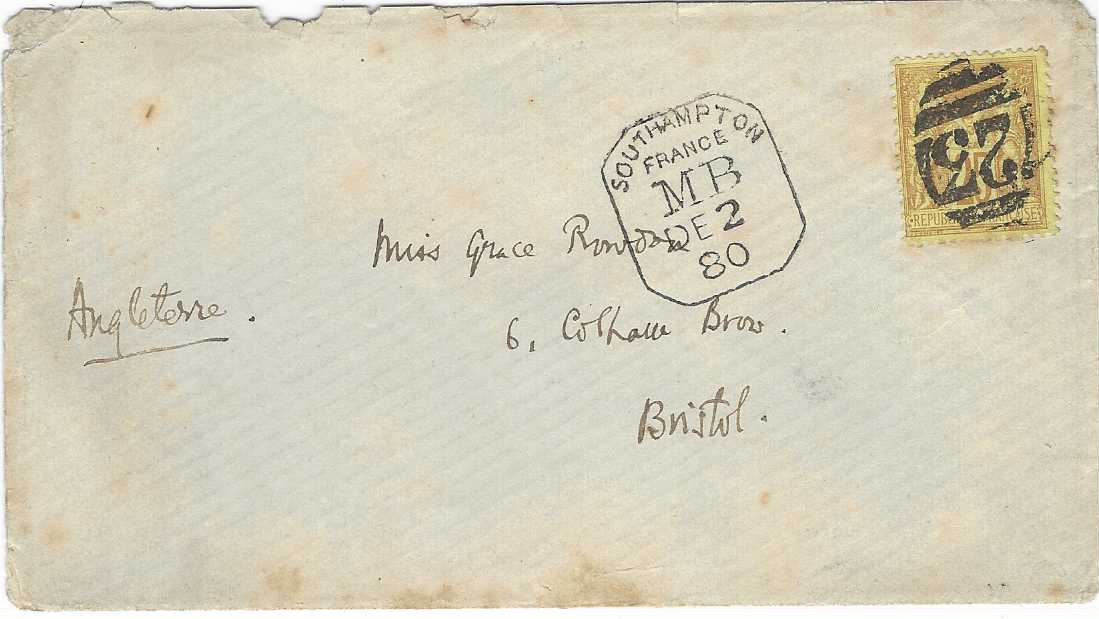 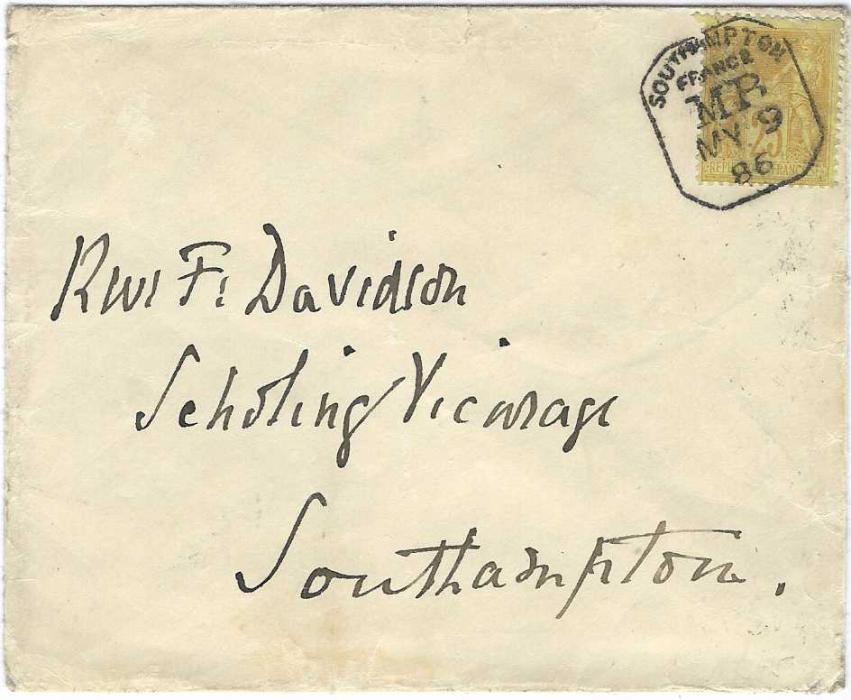 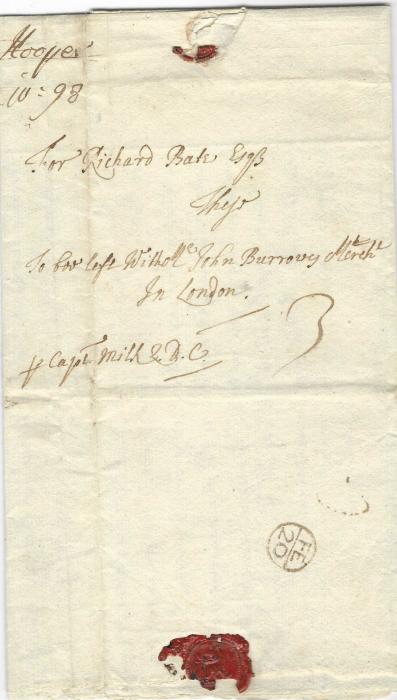 1698 entire to London addressed “for Richard Bate Esq, To be left with Mr John Burrowes Merch”, arriving on 20th February 1699, 71 days later and marked on the back with the small size Bishop Mark. Endorsed “p. Capt. Milk Q.D.C.” and rated 3d. 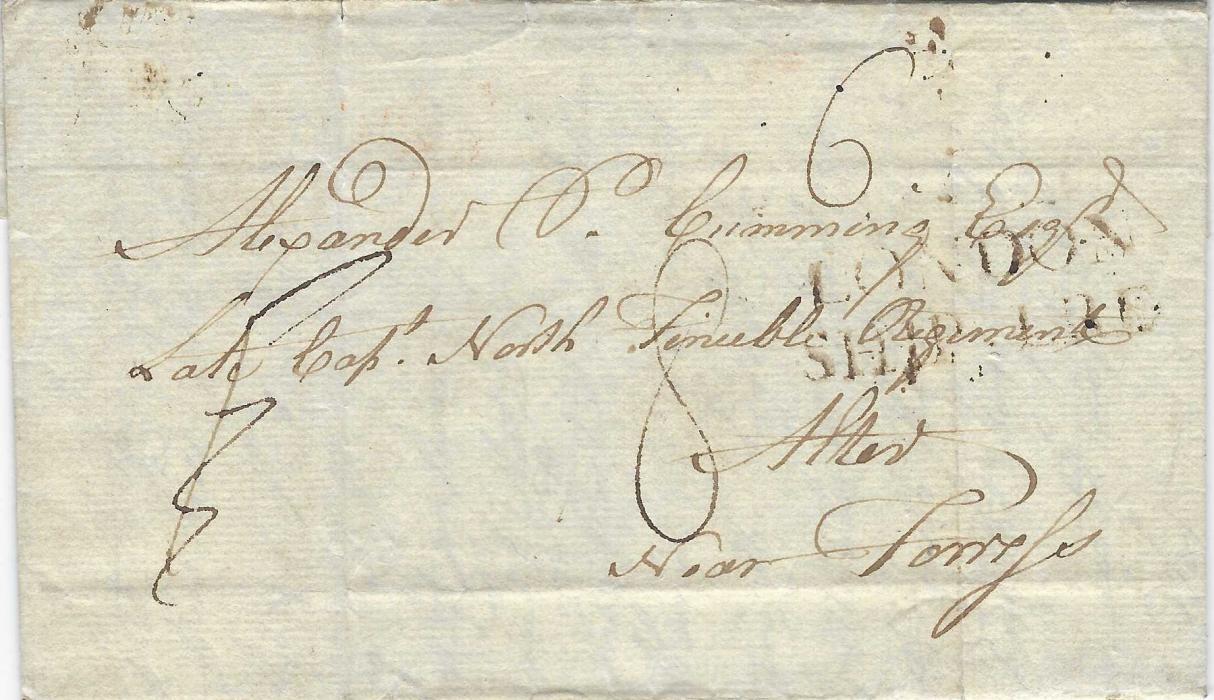 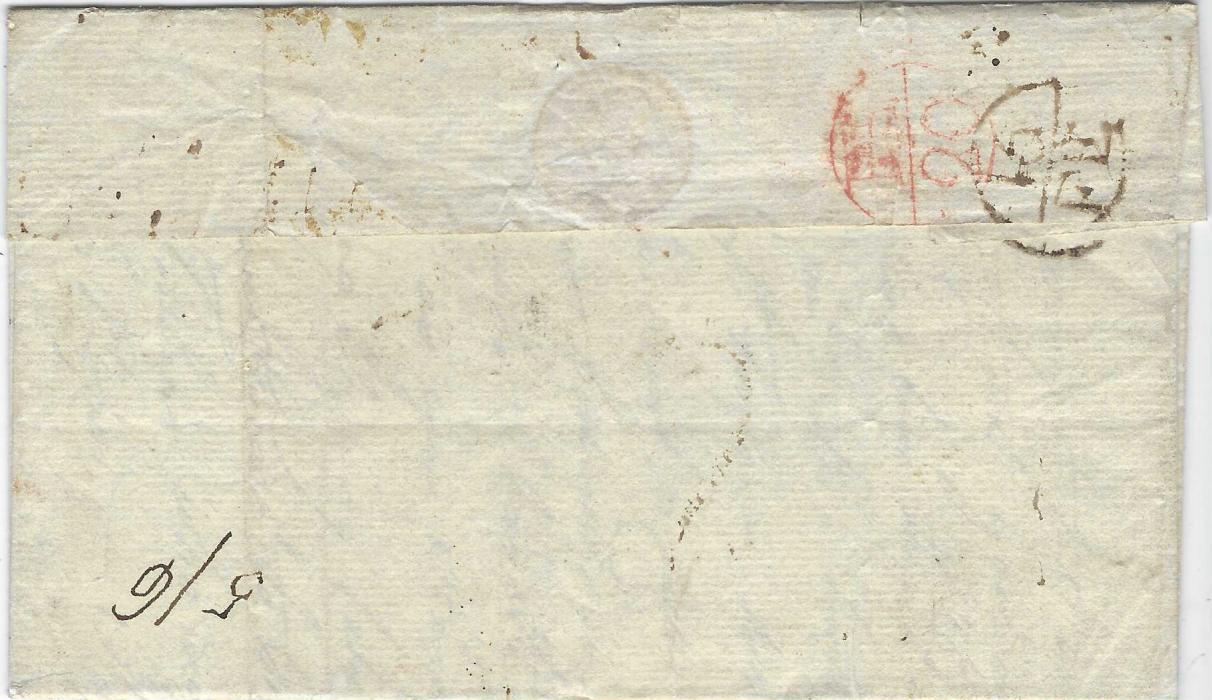 1785 (22nd December) entire from Halifax to Alter, Near Forres, Scotland via London bearing two-line LONDON/ SHIP LRE handstamp, reverse with London bishop Mark (13/FE) and Edinburgh Bishop Mark in red (FE/20). This letter is a warning to a friend in the North Fencibles (a local defence force), that the writer is about to expose his commander for fraud by claiming more men in the regiment than it possessed. 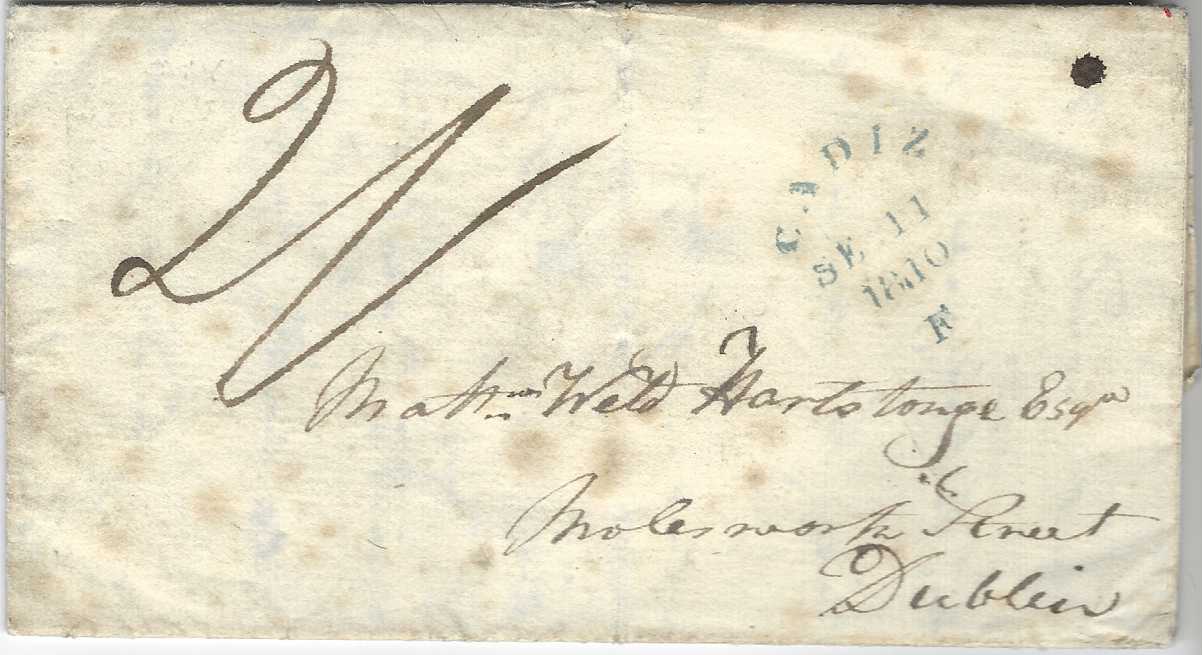 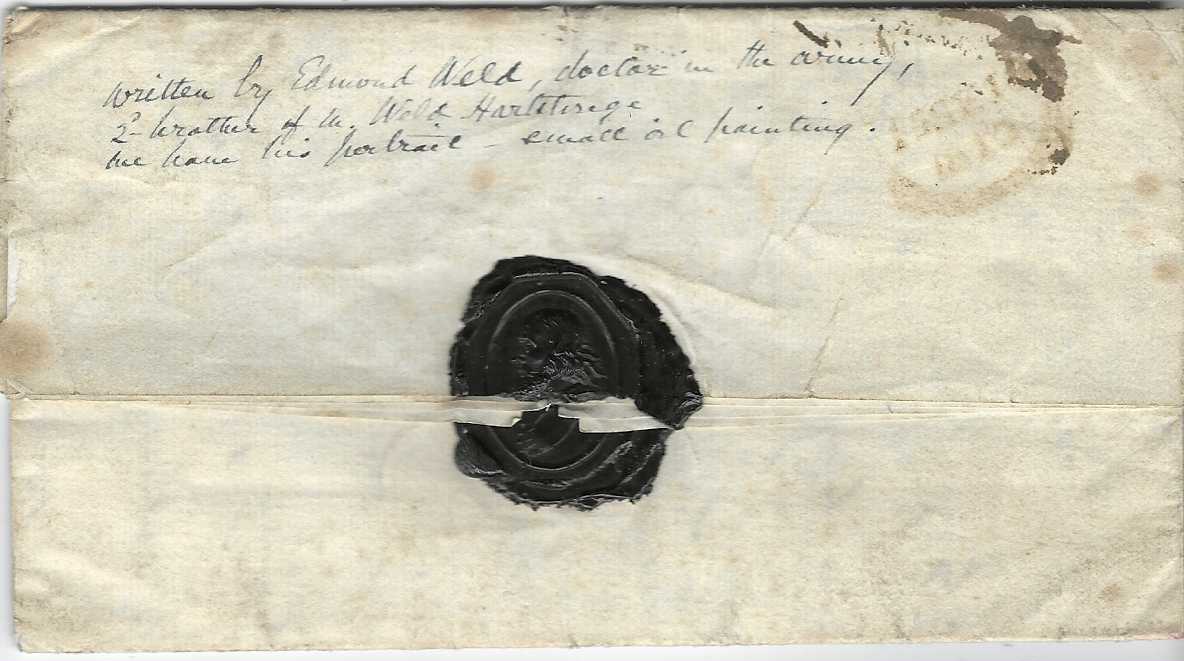 1810 (SE 11) entire to Dublin, Ireland that has been handed into British Consulate at Cadiz after the mail had closed and too late to be included in the mail bag and thus carried loose to Falmouth where green CADIZ/ SE 11/ 1810/F date stamp was applied, manuscript “2/-“ rate applied for mail to Falmouth and then overland to London and thence to destination. The envelope with some spotting, a good clear strike of this scarce cancel. 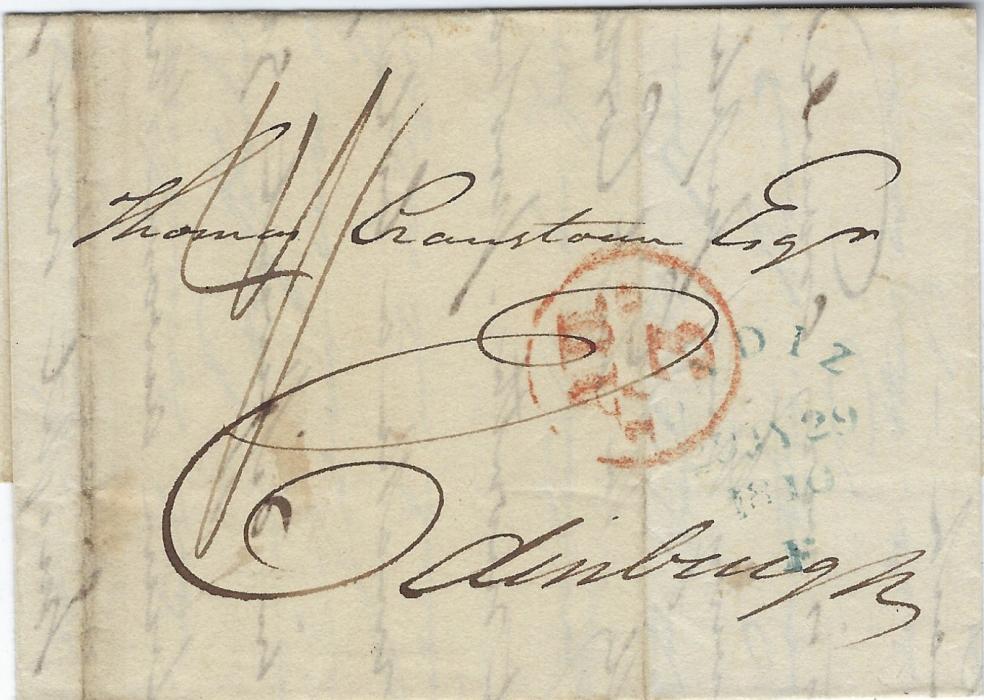 1810 double rate “4/4” entire from Cadiz to Edinburgh, without despatch cancels as handed into the British Consulate after the regular mail had closed and too late to be included in the mail bag and thus carried loose to Falmouth where an unframed cursive CADIZ/ 29 JY 29/1810/F date stamp was applied, red arrival cancel; good condition. 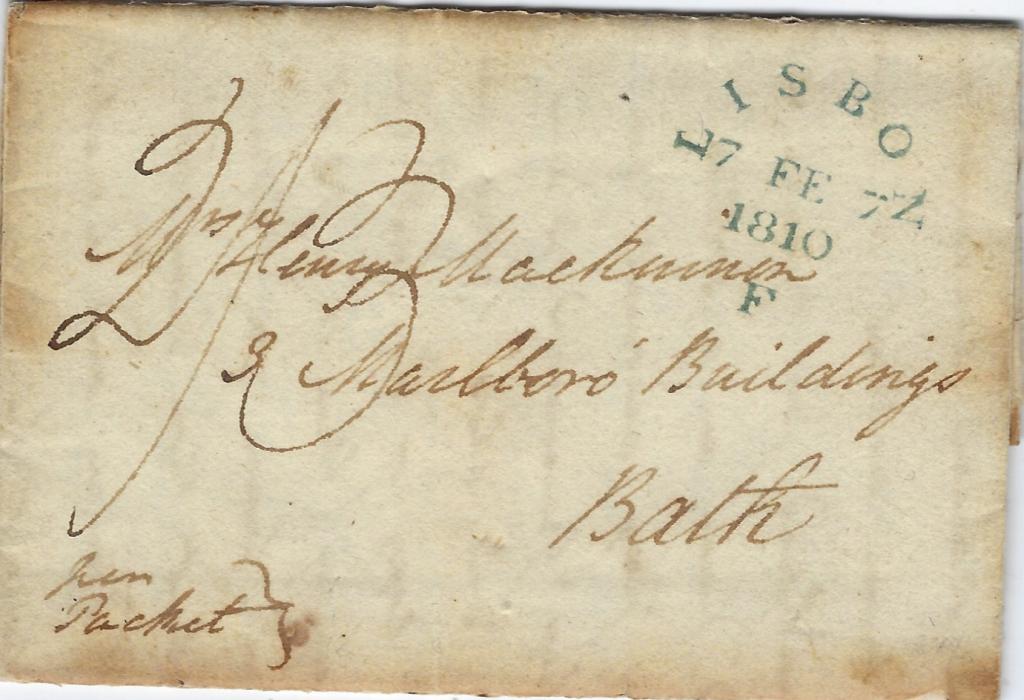 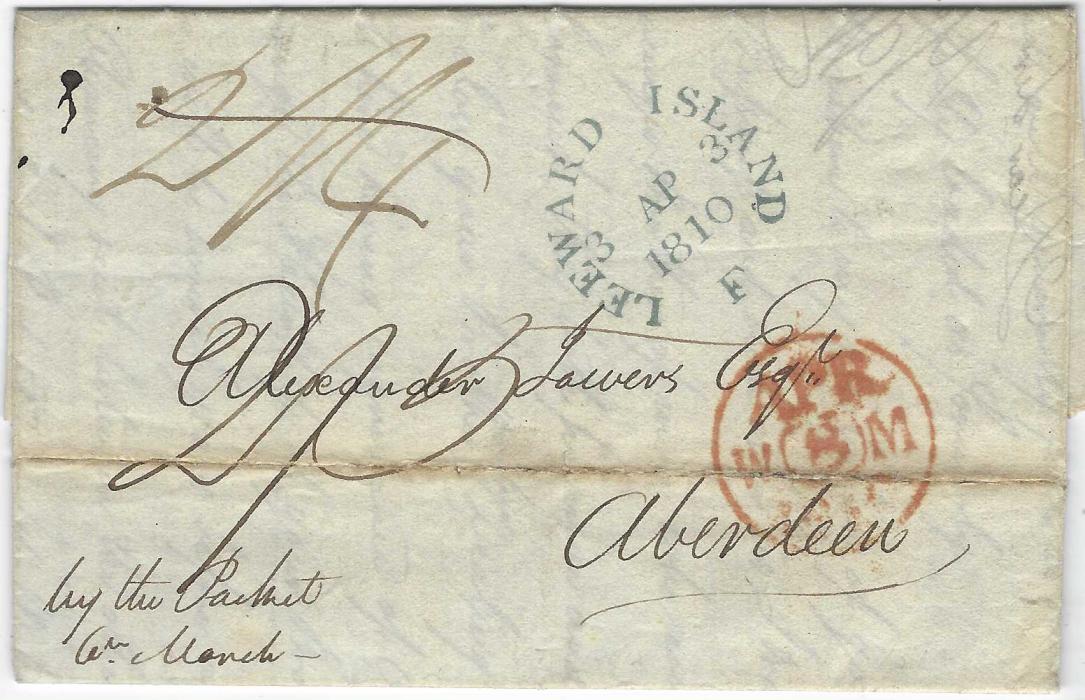 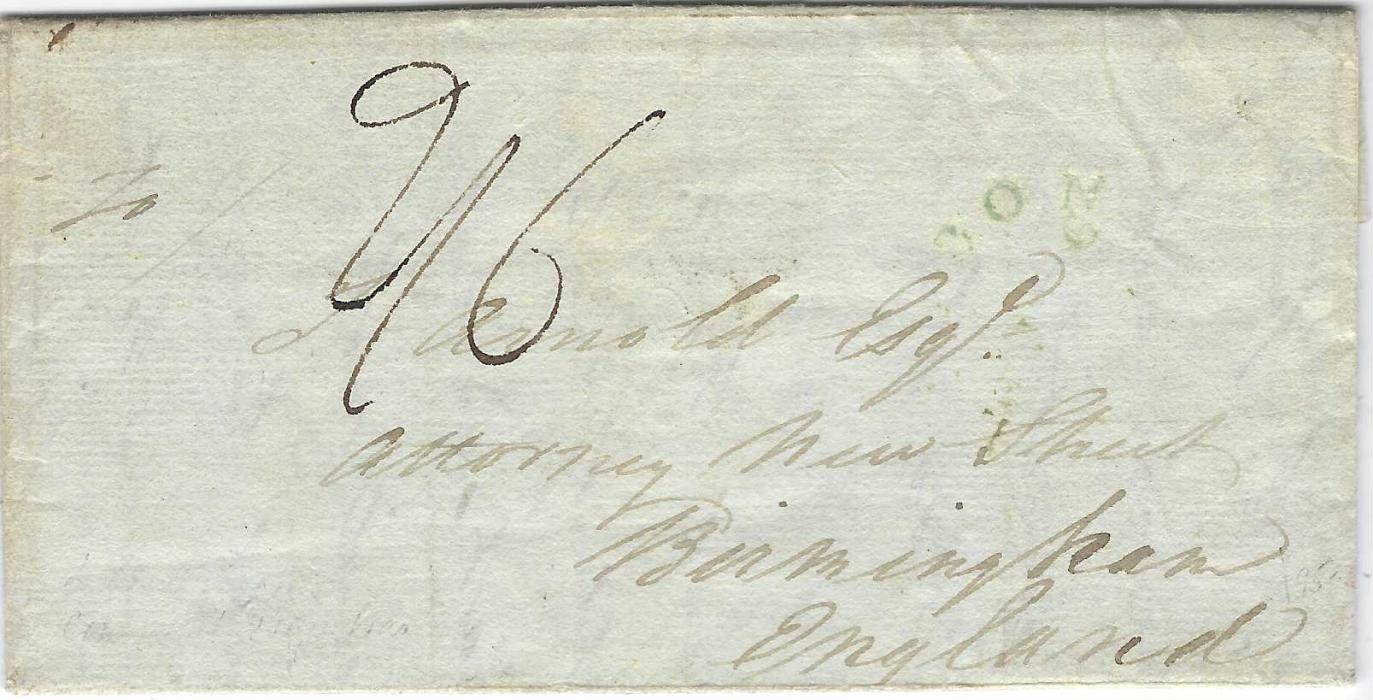 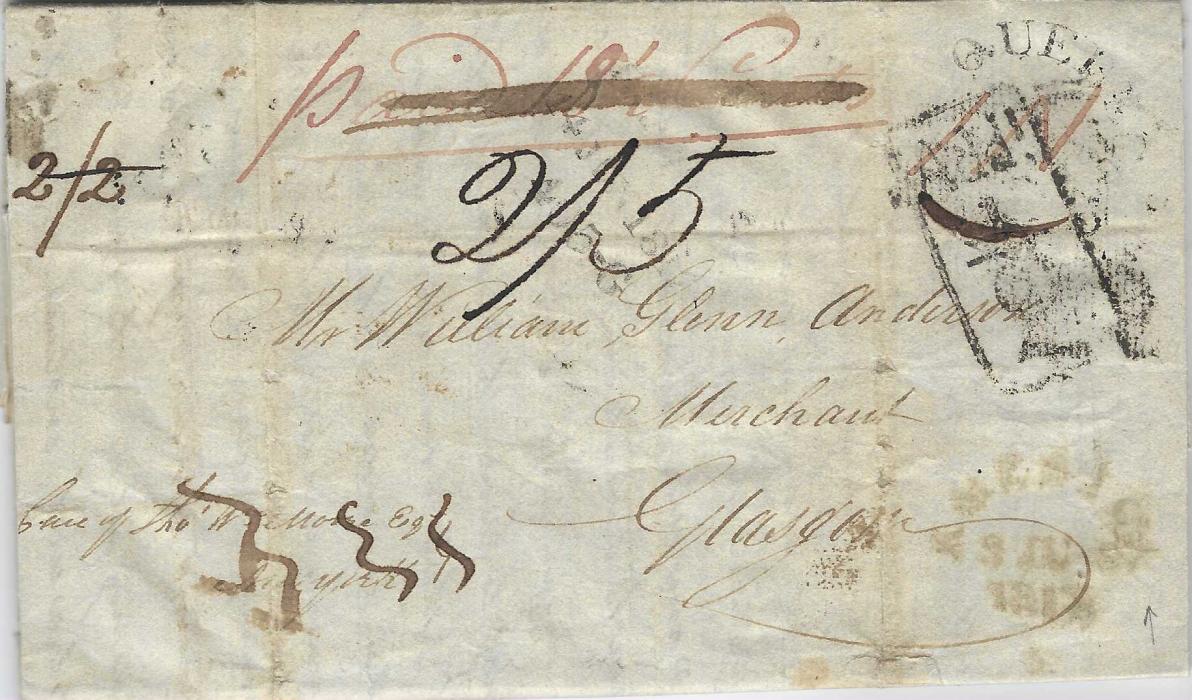 1817 thick entire to Glasgow bearing Quebec fleuron front and back, annotated to go care of Thomas Moore at New York (The British Post Office Agent), he deleted the North American instructions, rated the letter “2/2”, the charge to London and forwarded the letter by the packet “Francis Freeling”.At Falmouth the letter was handstamped with green AMERICA/ F and passed to London where it was re-rated “2/5 ½ “. Correspondents in B.N.A. could sent letters by the Falmouth packets by addressing them to the British Post Office agent in New York. Such letters, marked AMERICA F are scarce, the service was little used because of long sailing times and higher costs than that of private ships. 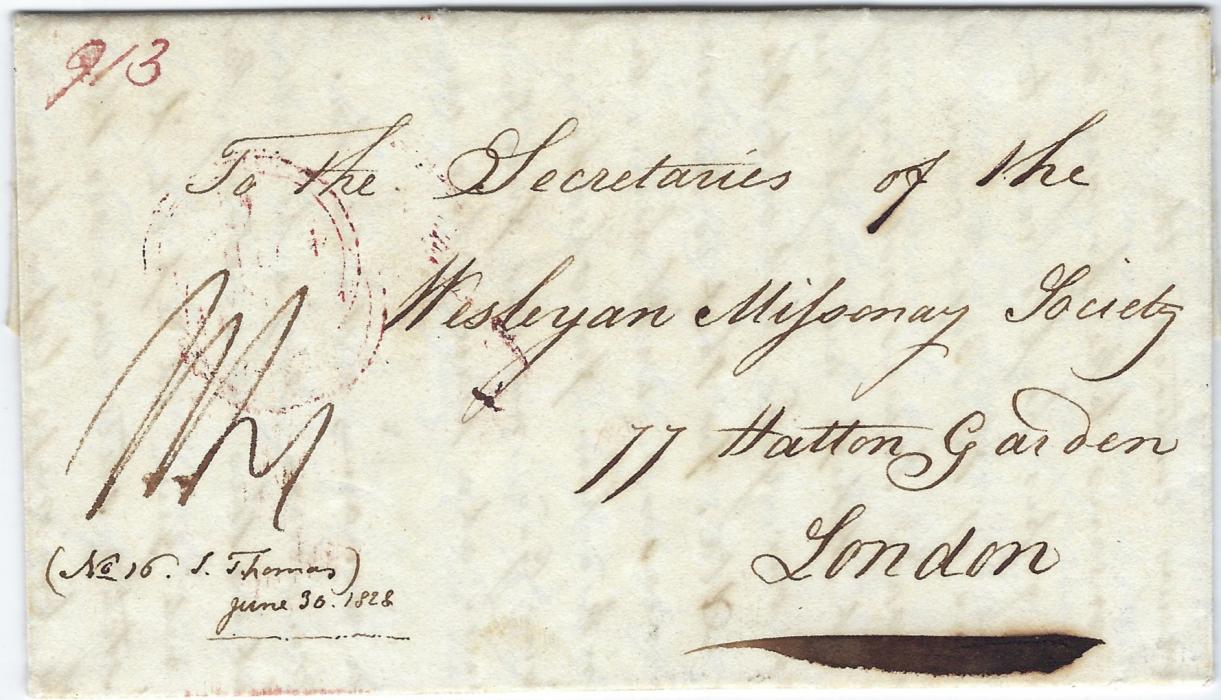 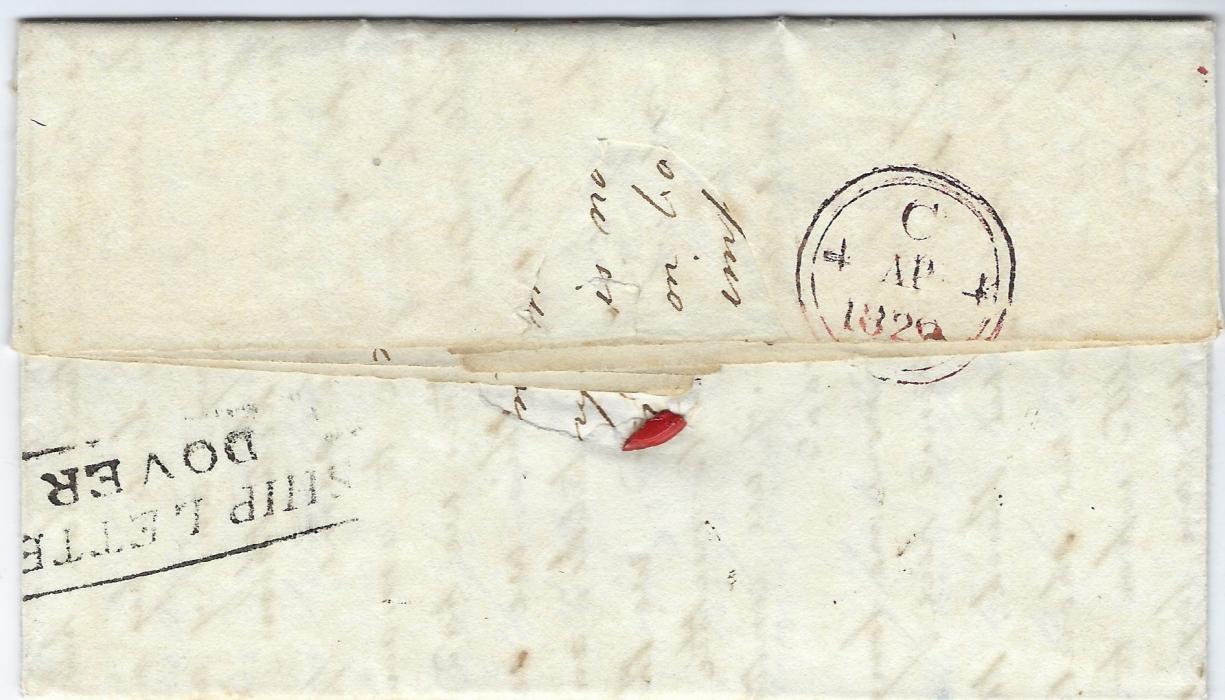